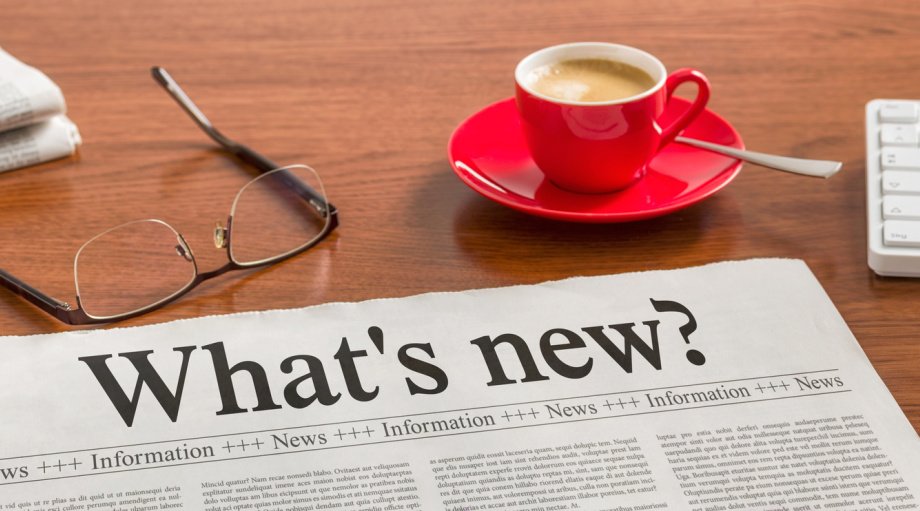 Thank you for visiting our booth at Gulf Health 2019

The 3rd edition of Gulf Health took place from 14-16 April 2019 at the Hall 4A, Kuwait International Fair, Kuwait, inaugurated by Dr. Mohammad Jassem Al Khashti, Undersecretary for Planning and Quality, Ministry of Health.

Again we would like to thank everyone for the interesting conversations and the interest in our service.

Thank you for visiting our booth at Arab Health 2019

The Arab Health is one of the most important trade fairs in the medical and pharmaceutical sector in the Middle East. Our appearance was a raving success and we would like to thank everyone for the interesting conversations and the interest in our service.

We would be very happy to receive your enquiry!

Mylan’s U.S. license will begin on July 31, 2023, and will not be accelerated by Amgen’s or Samsung Bioepis’ entry.  Mylan will pay royalties to AbbVie for licensing its Humira patents once its biosimilar product is launched.  Mylan acknowledges the validity of the licensed patents. AbbVie will make no payments to Mylan.

“AbbVie’s Humira patents reflect the groundbreaking work of AbbVie scientists in the field of fully-human biologics and our investment in patient-focused innovation,” said Laura Schumacher, executive vice president, external affairs, general counsel and corporate secretary, AbbVie.  “We understand the importance of balancing innovation and accessibility, and our agreement with Mylan for its Humira biosimilar maintains that balance.”

Pelgraz – a pegylated G-CSF biosimilar, is latest addition to Accord Healthcare’s established portfolio of over 30 oncology treatments across Europe.

Following marketing authorisation Accord Healthcare will potentially be the first to launch pegfilgrastim across Europe.

The Committee for Medicinal Products for Human Use (CHMP) has issued a positive opinion for Accord’s Pelgraz (pegfilgrastim), pegylated granulocyte-colony stimulating factor (G-CSF) biosimilar in Europe. Once approved, Pelgraz could be the first pegfilgrastim biosimilar to market in Europe indicated to reduce the duration of neutropenia and the incidence of febrile neutropenia for adult patients undergoing cytotoxic chemotherapy. The World Health Organisation consider G-CSF essential therapies due to their impact on febrile neutropenia, chemotherapy dose delays, and dose density.

Intas / Accord will manufacture Pelgraz in its own state of the art production facility. The company has deep experience with biosimilar medicines and as of 2017 were assessed as having the second highest number of biosimilars in phase III to approval in the world. This reflects the strategy of a long-standing commitment in biopharmaceutical development, research and manufacturing.

The CHMP positive opinion was based on Pelgraz’s substantial clinical development programme, which supported its biosimilarity with Neulasta through a Phase I, randomised, assessor-blinded PK/PD study in healthy volunteers, and a Phase III study of patients with breast cancer (stage IIa, IIb, or IIIa) on TAC (docetaxel, doxorubicin, cyclophosphamide).

Pfizer Inc. announced that the United States Food and Drug Administration has approved Ixifi (PF-06438179, infliximab-qbtx), a chimeric human-murine monoclonal antibody (mAb) against tumor necrosis factor, as a biosimilar to Remicade (infliximab) for all eligible indications of the reference product.

FDA approval follows the acceptance of the Ixifi Biologics License Application in April 2017 and is based on the totality of evidence demonstrating a high degree of similarity to the reference product, including the REFLECTIONS B537-02 study in patients with moderate to severe active RA.

The Phase 3, multi-national, randomized, double blind, two-arm, parallel group study evaluated the safety, efficacy, and immunogenicity of Ixifi versus Remicade administered intravenously in combination with methotrexate to treat patients with moderate to severely active RA who have had an inadequate response to methotrexate therapy.

The study met its primary endpoint of ACR20 response at Week 14, and was supported by data at week 30.

Pfizer has a portfolio of three marketed biosimilar medicines outside the U.S. including Inflectra (infliximab), Retacrit (epoetin zeta), and Nivestim (filgrastim); and a biosimilars pipeline consisting of 13 distinct biosimilar molecules in various stages of development.  As part of its global biosimilars strategy, Pfizer supplies Celltrion’s Inflectra® (infliximab-dyyb) in the U.S. and certain other markets across the globe.​

FDA Approves Mylan And Biocon’s Ogivri, The First Biosimilar For Trastuzumab In The USA

Ogivri has been approved for all indications included in the label of the reference product, Herceptin, including for the treatment of HER2-overexpressing breast cancer and metastatic stomach cancer (gastric or gastroesophageal junction adenocarcinoma).

Mylan and Biocon’s biosimilar for Herceptin also is under review by regulatory authorities in Australia, Canada, Europe and several additional markets. It is already approved in 19 countries around the world, including India, thus providing increased access to this more affordable biologic for cancer patients.

Bristol-Myers Squibb is still searching for an Opdivo approval in the all-important first-line lung-cancer space. But in the meantime, it Friday touted strong results in previously treated Chinese patients.

The New Jersey drugmaker cut short a phase 3 trial pitting its immuno-oncology star against chemo docetaxel after Opdivo showed it could top docetaxel at improving overall survival in lung cancer, the company said Friday. And based on those results, Bristol submitted a Biologics License Application for Opdivo to the China Food and Drug Administration.

It’s a big opportunity for Bristol, which now has the potential to score the first non-small cell lung cancer approval for an immuno-oncology therapy in China. There, lung cancer is the most commonly diagnosed cancer; the country recorded 733,000 new cases in 2015, BMS says. And 68% of Chinese patients already have advanced forms of the disease at the time of diagnosis.

Bristol-Myers, which is battling rivals Merck and Roche in the U.S. lung-cancer space, certainly wouldn’t mind having the Chinese market all to itself—at least for now. The company, which once led the way among immuno-oncology drugmakers in lung cancer, ceded that title to Merck last year after flopping in a first-line study. Merck went on to win a pair of front-line approvals for Keytruda—both solo and in tandem with chemo—and now, all eyes are on Bristol to see if it can regain its footing with a first-line Opdivo-Yervoy combo win.

Intense EMA campaign ends in chance: Amsterdam selected for HQ over Milan after a tie

With all eyes fixed on Monday's vote for the European Medicines Agency relocation, Amsterdam emerged as the winner for the new headquarters ahead of other finalists Milan and Copenhagen.

Nineteen European Union member states submitted proposals for the EMA headquarters after Brexit forced the organization to relocate from London, and on Monday the states voted on the final location.

In a Monday statement, the agency said it intends to complete the move by March 2019. Even though a majority of staffers said they will be willing to move to Amsterdam, the regulator acknowledges operations will at least somewhat suffer from the relocation.

The EMA headquarters will bring an agency that employs about 900 staffers and an estimated economic lift of €1 billion, while transforming the city into a global medical and pharmaceutical hub.

Ontruzant is the first trastuzumab biosimilar to receive regulatory approval in Europe.

The EC approval of Ontruzant applies to all 28 European Union (EU) member states and the European Economic Area (EEA) member states of Norway, Iceland and Liechtenstein. Ontruzant will be commercialized by MSD, which is known as Merck in the United States and Canada.

“Breast cancer remains the most common form of cancer affecting women. We hope Ontruzant will play an important role expanding patient access to trastuzumab across the region,” said Christopher Hansung Ko, President & CEO of Samsung Bioepis. “Through relentless process innovation and an uncompromising commitment to quality, we remain dedicated to advancing one of the industry’s strongest biosimilar pipelines, so that more cancer patients and healthcare systems across Europe will benefit from biosimilars.”